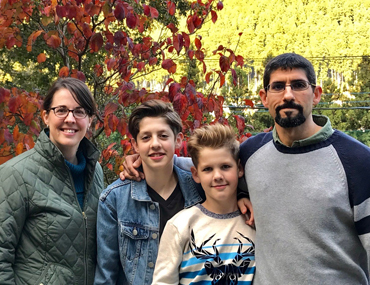 Jeff and Tamara have been with SEND International in Tokyo, Japan since 2012. Four years ago they partnered with a Japanese-led church planting effort, and until recently, they served as cooperating missionaries with a church planting team in a city with no other existing churches.

In April 2020, they were asked by the parent church to support a new church plant in a neighboring city. Jeff is part of the preaching team. Together, they use English clubs as a means to serve the community and introduce the community to the church plant and, ultimately, to Jesus. Tamara, in addition to church planting support, teaches part-time at the Christian Academy in Japan. They have two sons.

WordPartners serves to to elevate God’s lifegiving Word in the hearts, lives and ministries of…

Dick is an international trainer with Training Leaders International (TLI), organizing and leading teams of…